After the Roma were liberated from 500 years of slavery in the principalities of Wallachia, Moldavia and Transylvania in 1856, many of them migrated to countries in western and northern Europe. One small group made their way to Norway. Many Roma families gradually established communities in various parts of the country, and their children were issued with Norwegian birth and baptismal certificates in cities such as Kristiania, Trondheim, Bergen, Harstad, Drammen and Hammerfest. Among them was Kristian Josef Modeste, a head of family born in Kristiania in1882, who would later be expelled. 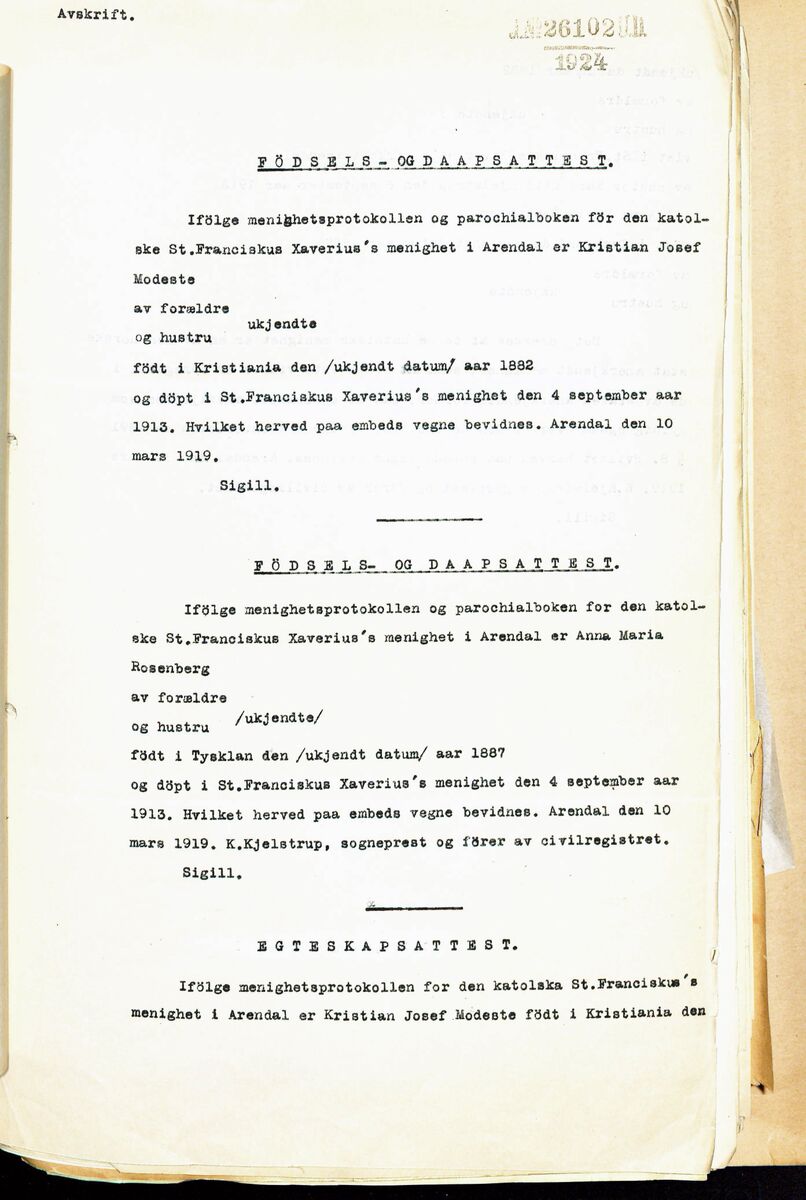 The first Roma arrived in Norway between 1860 and 1888, a period characterised by a liberal immigration regime. Many of them acquired Norwegian citizenship, partly as a result of the decision by the Norwegian parliament in 1860 to abolish the obligation to carry a passport. The obligation was abolished because it was considered an anachronism. Removing it was seen as a means of putting a stop to civil service bureaucracy and execution of power over travelling groups, a move which in practice also afforded Romani/Travellers and Roma safe conduct within the realm. Norway therefore had no legislation regulating citizenship until they were laid down in law in 1888.

This policy implied assimilation through language and, in the longer term, through removing all traces of their distinctive ethnic and cultural heritage. Like the Roma, the Romani/Travellers were a nomadic people, but they had arrived in Scandinavia as far back as in the 1500s. Financed by the Norwegian authorities, a Christian philanthropic movement (Den norske omstreifermisjonen) was charged with implementing the assimilation policy with respect to the Travellers, but since the movement had already declared that the “Gypsies” lay outside their mandate, the Ministry of Social Affairs decided that this group would not be assimilated in the same way as others. Consequently, in 1921 the Ministry set about devising a scheme that would be specifically designed so as to exclude the “Gypsies”. In its most extreme form, this policy was devised to deprive Roma like Kristian Modeste, born in Norway and holder of a Norwegian birth certificate and identity papers, of their Norwegian citizenship.