Main navigation
Sub navigation
Library > What the documents tell us > Czardas Josef's passport. Nationality: "None"
Norwegian version of this page

From the early 1920s, the Norwegian authorities developed a special policy for the “Gypsies”, aimed first at making Norwegian Roma stateless and then at forcing them out of the country. This policy culminated in their being denied entry to Norway in 1934. One telling example of how this policy was implemented in practice is the story of Czardas Josef's Norwegian passport, in which his Norwegian nationality was crossed out and replaced with the word "None" with the stroke of a pen. 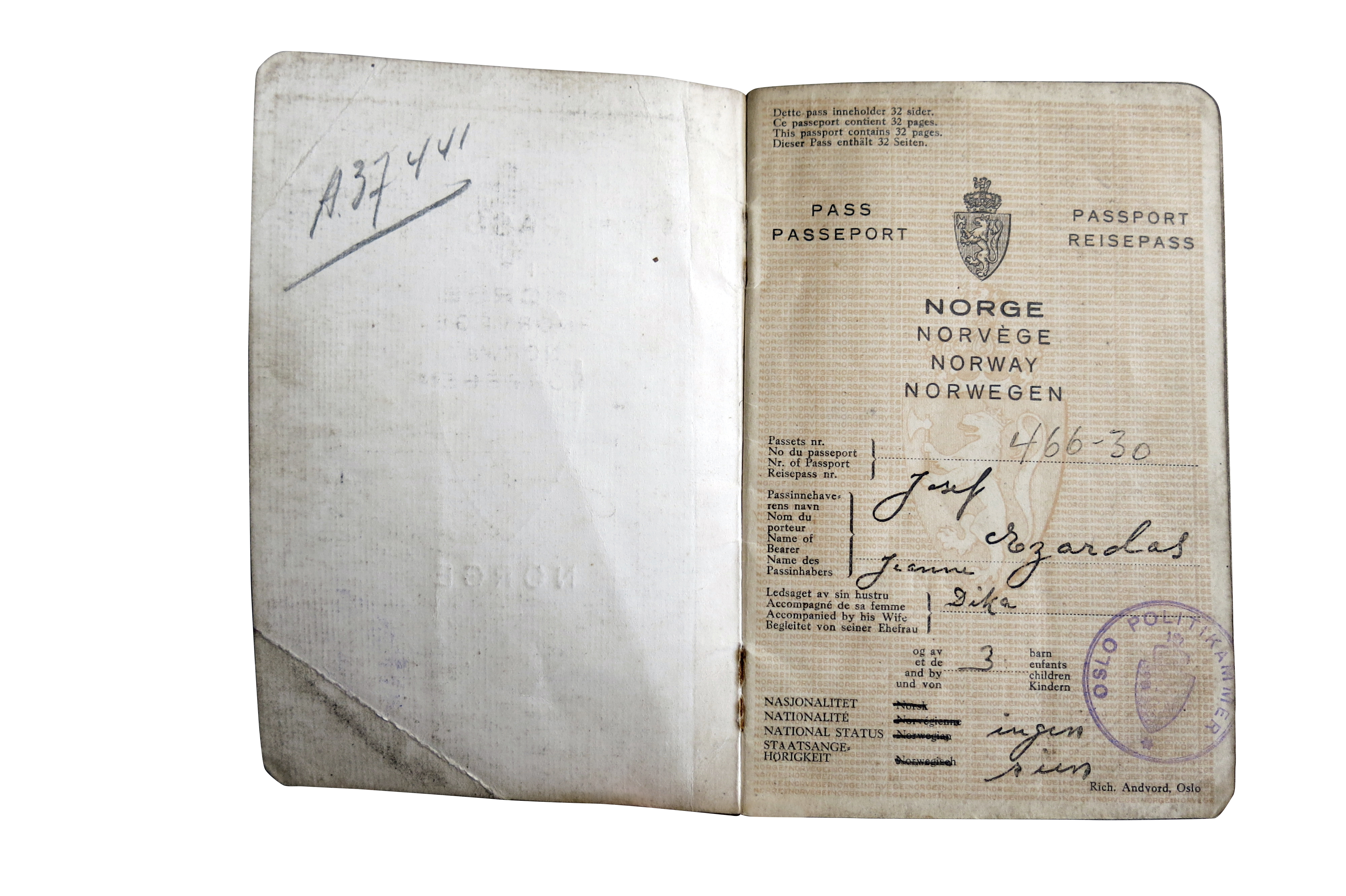 Czardas Josef's Norwegian passport from 1930‒1931. His Norwegian nationality was crossed out and replaced with "None". Illustration: State Archives of Belgium

Once it was decided that the "Gypsies" would no longer be tolerated in Norwegian society on the same terms as other travellers and nomadic or semi-nomadic people, responsibility for "Gypsy policy" was transferred from the Ministry of Social Affairs to the Ministry of Justice. In 1922, the Ministry of Justice issued a circular declaring that documents belonging to Norwegian Roma should not be trusted, alleging that they were either forged or erroneously issued by Norwegian officials. Two years later, an order was issued to conduct national registration of "Gypsies" for the purpose of having as many as possible expelled from Norway. Despite knowing full well that the Roma were illiterate, the Ministry gave the police the authority to issue stateless passports to many Roma families when they applied to have their passports renewed.

A recurring problem for the police authorities was that police stations, district sheriffs' offices and Norwegian legations and consulates abroad continued to issue passports to Norwegian Roma who passed through. Combined with complicated diplomatic issues regarding expulsion and denial of entry, this practice led to a sharpening of policy in the new Aliens Act of 1927. Under the so-called "Gypsy clause", the Roma were explicitly denied entry to the realm. In theory, the ban was intended to avoid claims by other countries that the Roma belonged in Norway, regardless of what papers they had, but in practice the diplomatic challenges came to a head in the early 1930s. Despite the ban, Norwegian Roma continued to enter Norway on papers issued abroad, much to the despair of the Central Passport Office, which had overall responsibility for cases of Roma citizenship.

Diplomatic relations with Sweden grew particularly tense, since the Swedes did not want to be landed with Norwegian Roma who had been expelled from Norway. Despite protests from the Norwegian Ministry of Foreign Affairs, which claimed that Roma in Sweden had no ties with Norway, the Swedish foreign service could produce comprehensive proof to the contrary: birth certificates, marriage certificates, and numerous passports were produced as proof of their citizenship ties to Norway. After a long round of discussions between the Swedish and Norwegian foreign services, Norway finally had to accept the Roma families.

The Norwegian press described the case as a humiliating diplomatic submission to Sweden and a loss of national dignity. The press also predicted that the outcome would be a "Gypsy invasion" of Norway from Sweden. The humiliation led to a significant sharpening of practice by Norwegian legations and consulates, a development that would have severe consequence for Norwegian Roma in January 1934.