In the period 2015-2017 the Center for Studies of the Holocaust and Religious Minorities has conducted a follow-up of the population survey from 2012 Antisemitism in Norway? The Attitudes of the Norwegian Population towards Jews and Other Minorities (2012). Findings from the survey were published in December 2017. 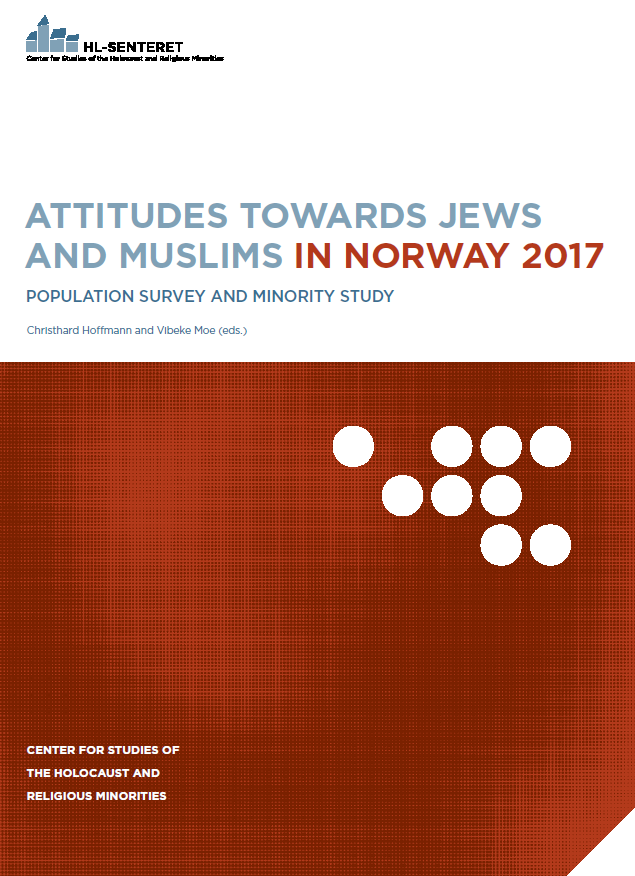 The new survey contains an expanded section on attitudes towards Muslims. A separate survey maps attitudes and experiences among the Jewish and Muslim minority. The minority survey covers the same subjects as the population survey, but explores relations between Muslims and Jews, as well as experiences that the minorities have with living in Norway. In addition to the quantitative survey, the minority study is conducted through group interviews with Jews and Muslims.

Data collection was undertaken by Kantar TNS between 11 January and 6 April 2017. The group interviews were conducted between May 2016 and May 2017.