Hovednavigasjon
Undernavigasjon
Aktuelt > Publikasjoner > On the Margins: Essays on the History of Jews in Estonia

On the Margins: Essays on the History of Jews in Estonia

Estonia is perhaps the only country in Europe that lacks a comprehensive history of its Jewish minority. Spanning over 150 years of Estonian Jewish history, On the Margins is a truly unique book. Rebuilding a life beyond so-called Pale of Jewish Settlement in the Russian Empire, the Jewish cultural autonomy in interwar Estonia, and the trauma of Soviet occupation of 1940-41 are among the issues addressed in the book but most profoundly, the book wrestles with the subject of the Holocaust and its legacy in Estonia. (Budapest: Central European University Press, 2017). 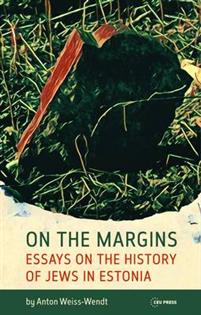