The UN Convention on the Prevention and Punishment of the Crime of Genocide has often been criticized as an inadequate instrument of international law. Indeed, the text of the Convention differs from the original concept conceived by the lawyer Raphael Lemkin. 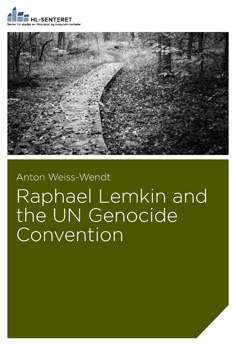 The restricted application of the Convention, as Anton Weiss-Wendt argues in this paper, had mainly to do with the emerging Cold War. This paper traces the origins of the concept of genocide and outlines the major political disagreements that emerged during the 1947-48 debates in the UN, paying particular attention to “cultural genocide,” political groups, and legal enforcement. Weiss-Wendt contends that the post-1991 international order has effectively rectified both the Genocide Convention and Lemkin’s original contribution.

Anton Weiss-Wendt heads the research department at the Center for the Study of the Holocaust and Religious Minorities.

This publication is also available in print and can be ordered here. The file below is in the epub-format. Read more about how to read such files here.