Antisemitism in Norway? The Attitudes of the Norwegian Population Towards Jews and Other Minorities

This report presents the findings of the first extensive population survey conducted in Norway on the attitudes of the Norwegian population towards Jews and other minorities. 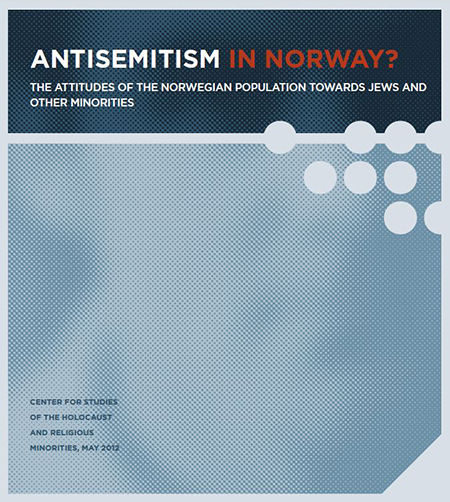 The survey was undertaken by the Center for Studies of the Holocaust and Religious Minorities between August 2010 and May 2012. The survey was commissioned by the Ministry
of Children, Equality and Social Inclusion, the Ministry of Foreign Affairs and the Ministry of Justice. Data collection was carried out by TNS Gallup in November 2011.

Knowledge about such attitudes is a prerequisite for being able to promote tolerance in a pluralist society.