What are the conditions for co-existence and inclusive citizenship in conflict-ridden societies? A new digital tool virtually takes you to the midst of the Yazidi minority. 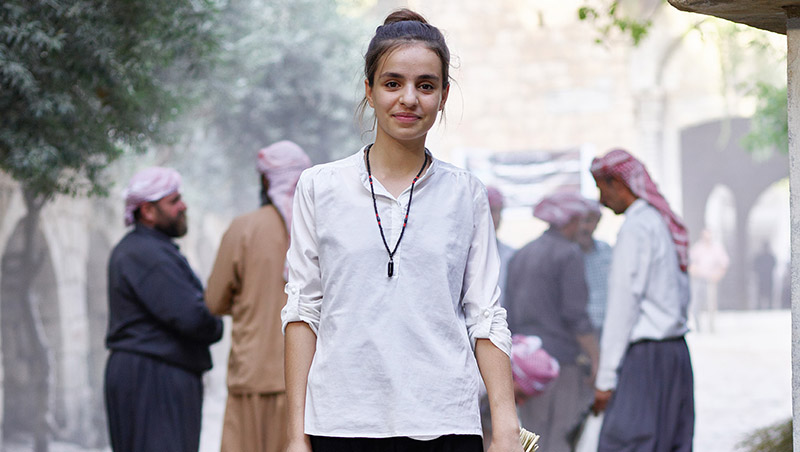 On Sunday 9 December 2018, the project “Inclusive citizenship and human rights” was launched as part one of a new, open online resource.

This first part addresses the case of the Yazidi minority, the religious group that Nobel Peace Prize winner Nadia Murad belongs to. It includes a 360-degree virtual tour to Lalesh, the holy city of the Yazidi and to a Yazidi refugee camp established after the 2014 ISIS genocide on the Yazidi started.

During the 360-degree tour, you will see short films from the sites as experiences inside the tours. The online resource presents video interviews with Nadia Murad’s sister still living in the camp where they came after escaping from ISIS, and with the Yazidi religious representative Baba Cawish living in the holy city of Lalesh.

The web page also consists of interviews with leading international scholars, including the UN special rapporteur on minority issues, on the drivers of genocide and other mass atrocities as well strategies to prevent this. It includes documentary films, image galleries, quizzes and other training material, and links to other online resources addressing these issue.

The full online resource with more cases, resources, a virtual reality application, and an exhibition in Oslo, will be launched in 2019.

The new resource is produced by researcher Ingvill T. Plesner as a part of the activities of the Minority Network she coordinates from the Norwegian Center for Holocaust and Minority Studies (HL-senteret). The launch took place at the center on the occasion of the 70th anniversary of the UN Genocide Convention and of the UN Universal declaration on human rights.

The Minority Network consists of researchers and practitioners addressing conditions for human rights-based protection of persons with different religious and ethnic identities in conflict-ridden societies.

Project aims, including the new online resource, is:

A special focus for the network is to better the living-conditions for persons belonging to groups who live in or return to fragile states in the MENA region and South-East Asia.

Activities in 2018 has included:

Read more about the Minority Network.

A couple of days before the launch, HL-senteret hosted an international expert seminar that addressed the role of documentation in order to ensure justice and reconciliation after genocide and other mass atrocities.

The particular case that was addressed in the seminar on Friday 7th December is the situation of the Yazidi people, not least the Yazidi women after the ISIS massacre at Sinjar and the other mass atrocities committed in 2014 onward. The event addressed the role of documentation to:

More information about the Minority Network, a network of researchers and practitioners addressing conditions for human rights-based protection of persons with different religious and ethnic identities in conflict-ridden societies.