Conference at The Norwegian Center for Holocaust and Minority Studies. 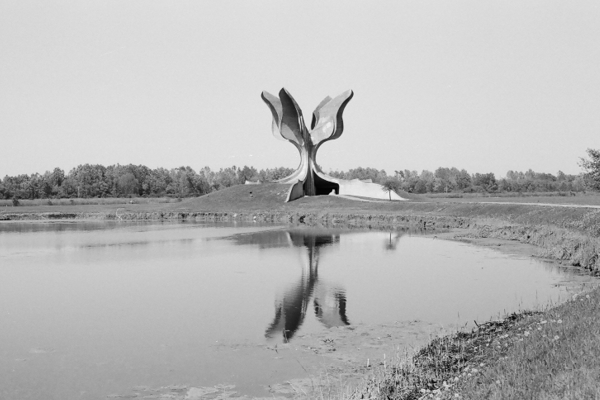 Is the Balkans specific and why? Is the Balkans a helpful historical category in this regard? What are the consequences of Balkanism, or marginalisation in general? How are the historical narratives about the Jews and Holocaust in the Balkans intertwined with nation building, ideologies, and global trends? What are the effects of the wars in the 1990s? How are these developments reflected in digital and virtual anti-Semitism? The address will reflect on these questions in general terms, but also sharing insight from a recently completed manuscript on the Jewish refugees in the Balkans 1933-1945.

10.30 Lea David: The Long Past and the Holocaust Remembrance in the Balkans

11.00 Ana Mijić: Working on being a Victim: Analysing Strategies of Self-Victimisation in Post-war Bosnia-Herzegovina

In December 1995, the war in Bosnia-Herzegovina officially ended, leaving behind a society deeply divided along ethnic lines. The findings of a qualitatively designed research project, which analysed the specific characteristics of the (social) construction of ‘self’ and ‘others’ in the post-war state suggest that the creation of a positive self-image is strongly connected with processes of self-victimisation. Self-victimisation seems to immunise individuals against challenges to the ‘we-ideal’ resulting from the post-war transformations and stabilise the respective (ethnic) identities. However, since Bosnians of different ethnic allegiances—Bosniaks, Croats, and Serbs—have to live together in one nation state, they are forced to find ways to interact with out-group members out of pragmatic necessity without jeopardising their own narratives about reality. A hermeneutical analysis of in-depth interviews conducted in Bosnia-Herzegovina has revealed a variety of strategies that enable individuals to cling to their self-image as victims despite the interethnic interaction in everyday life.

National memory politics and cultures of remembrance have been increasingly influenced and shaped by the process of Europeanisation. However, EU norms of remembrance have also been exported and downloaded beyond the EU. Broadly, this presentation will explore the construction, the workings and the effects of Europeanisation of memory. More specifically, it will ask what is the place of Holocaust in Europeanised memory of the Western Balkans - a region that in addition to WW2 has been a stage of mass war violence in the 1990s. The talk will explore how Europeanisation of memory is affecting the ways in which Holocaust is remembered and what are the benefits/consequences of Europeanised approaches to dealing with the past.

The genocide against Serbs, Jews, and Roma in the Independent State of Croatia (1941-1945) represents the bloodiest, but also the most politically contentious episode of the Nazi occupation of Yugoslavia. Competing claims, in Serbia and Croatia, about the scale and scope of the violence and how it should be remembered, remain a significant barrier to reconciliation in a region that endured further ethnic conflicts in the 1990s, and where post-communist historical identities were forged in a context of war, rising ethnic nationalisms, and competing victimhood claims.

The talk will discuss the main trends in the memory of the Ustasha genocide in contemporary Serbia and Croatia, and explore their origins, evolution, and interdependence. It will show that although the dominant cultures of memory are very different, and in some respects diametrically opposed, they are both the product of the same three sources of influence: (1) the legacy of socialist Yugoslavia and its somewhat ambivalent approach to the ethnic violence in the Independent State of Croatia; (2) the legacy of the wars of the 1990s and the nationalist agendas of that era; (3) the process of European integration,  and the pressure to assimilate the discourses of the national past into a specific mnemonic and moral framework. The talk will also reflect on how and why the remembrance of the violence perpetrated against Serbs is in both contexts intrinsically tied up with memory of the Holocaust, and consider the implications of this for the culture and politics of memory in the region.

The presentation explores the way in which physical sites of traumatic memory serve as locations of political narrative construction. Specifically, it will analyse how physical sites (such as concentration camps, killing sites, or memorials) serve to construct political narratives through the enduring meaning they have as material reminders of collective trauma. The presentation illustrates the argument with a case study of Jasenovac, the commemorative site of the largest concentration camp administered by the Independent State of Croatia during World War II. The Jasenovac site is a particularly useful case for Subotic’s argument because it is a site of deeply contested memory and conflicting national stories. Most significantly, it is the site of production of three distinct political narratives – of Serbia, Croatia, and Bosnia’s Republika Srpska– which all use the Jasenovac site to pursue very different and mutually exclusive political claims.

In Albania, almost all the country’s native Jews survived the Holocaust, and the number of Jews was higher after the war because hundreds of Jewish refugees had been rescued from deportation. Israel has therefore honoured Albania as Righteous among Nations, and the fact that Albania constitutes a “unique case” in Europe has become an emblem of ethnic Albanian exceptionalism. While the archival material and the historiographical research on the war period are too scant to determine exactly what happened and why, the official narrative proclaims that Albanians rescued Jews because of besa, a traditional code of honour related to an assumed unparalleled hospitality, and because of their unique “religious tolerance”. As such, this racialized and romanticized narrative is closely interwoven with other national myths, and has since communism served different political, religious and diplomatic functions.

15.30 Karin Hofmeisterova: The Serbian Orthodox Church and the Holocaust Memory: Beyond Liturgical Remembrance

Victimhood lies at the core of Christian liturgical remembrance. As a collectivistic religion, Serbian Orthodoxy puts the metaphysical martyrdom of Serbs in its mnemonic focus. In the socio-political constellations of post-2000 Serbia, the SOC could transcend “the liturgical” and explore other formats of mnemonic engagement. Due to its scale, the genocide against Serbs in the Independent State of Croatia, has occupied a special place in the SOC`s mnemonic practices. Its synchronicity with the extermination of Jews encouraged the SOC to participate in remembering the Serbian “brothers in suffering.” The worldwide appeal of the Holocaust also allowed the SOC to enter the transnational mnemonic traffic.

By analysing the sources collected through multi-sited ethnography, this presentation identifies the SOC`s strategies of (inter)action in the multidimensional mnemonic interplay of the Holocaust memory. It argues that by institutionalizing its non-liturgical activities, seeding them under the management of the Jasenovac Committee, the SOC has become a powerful mnemonic agent concerning both the memory of the Serbian genocide victims and the remembrance of the Holocaust.