Justice Denied - Coming to Terms with History in Post-Conflict Societies

As we mark the 20th anniversary of the entry into force of the Rome Statute of the International Criminal Court, this conference draws lessons from contemporary and historical cases, and explores the long-term consequences of limited, delayed or denied justice. 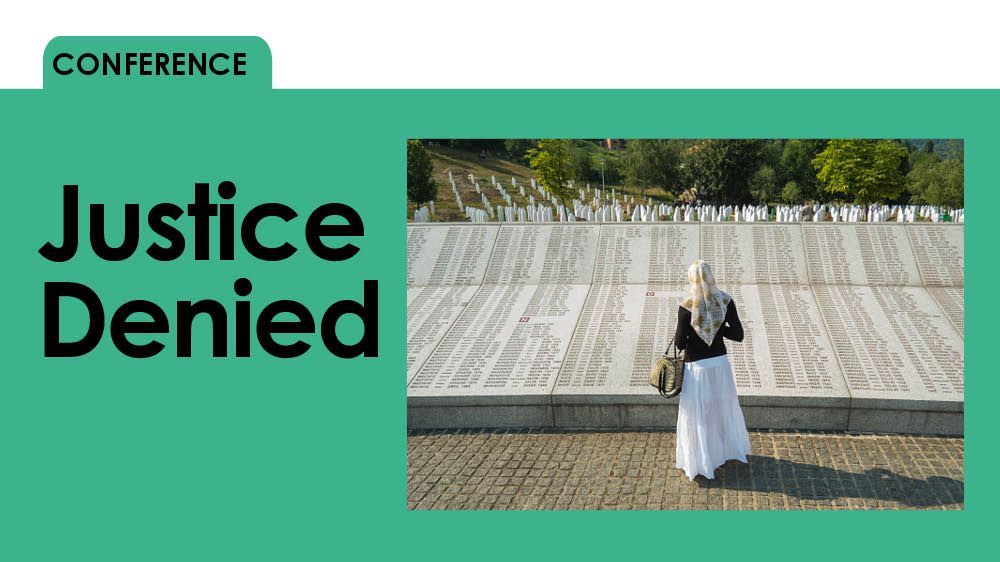 In the Wake of Mladic: At the Srebrenica-Potocari Memorial and Cemetery, a Muslim woman reads names of victims of the July 1995 Srebrenica massacre, carried out by Bosnian Serb forces led by then General Ratko Mladic.

In particular, the conference will examine how denial of justice influences post-conflict politics and how historical injustices affect societies for decades or even centuries after the crimes had been committed. We will discuss the link between accountability and prevention of future conflict and atrocities, and whether the ICC can fill some of the accountability gaps so often seen after war and atrocities.

Cecilie Hellestveit: The role of law during and after the war in Ukraine

Session I: The legacy of limited, delayed or denied justice after communist atrocities

The Unfulfilled Promise of Lustration in Central and Eastern Europe

Seeking justice for victims of the armed conflict in Colombia: In search of balance between trials and amnesties

A kind of justice: victim-based perspectives on justice and reconciliation after testifying at international and hybrid tribunals

Time and Transitional Justice:  When is too late and what is too long?

Can ICC address the impunity gaps in ongoing conflicts?