Hovednavigasjon
Undernavigasjon
Aktuelt > Arrangementer > 2013 > The Nazi Genocide of the Roma

Academic Conference: The Nazi Genocide of the Roma 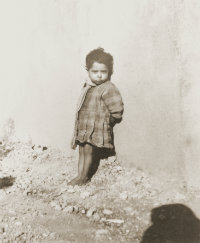 The speakers will discuss the genesis of the Nazi "Final Solution of the Gypsy Question" in various parts of Europe and the subsequent Roma struggle for compensation and recognition of their suffering. The conference, which has been organized with the generous support of the Norwegian Art Council, is coincided with the publication of the book, The Nazi Genocide of the Roma: Reassessment and Commemoration (edited by Anton Weiss-Wendt; Berghahn Books, 2013).

The conference also coincides with the International Gypsy/Roma Musical Festival Yagori in Oslo, which has been an annual event since 1999. For more information about the Festival see www.yagori.com.